Esquire Actoy Western Toy Pistols
esquire and Actoy seem to be one in the same ! This company made many western toy pistols during the 1950s many had character names like Lone Ranger, Restless Gun and others . Esquire is where the Pony Boy name seems to have originated . Some time in the 1960s or 1970s Strombecker ( Tootsie Toy ) Seems to have acquired Esquire Novelty Corporation . 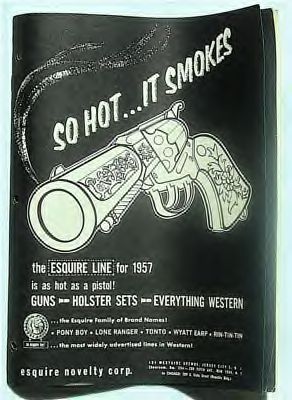